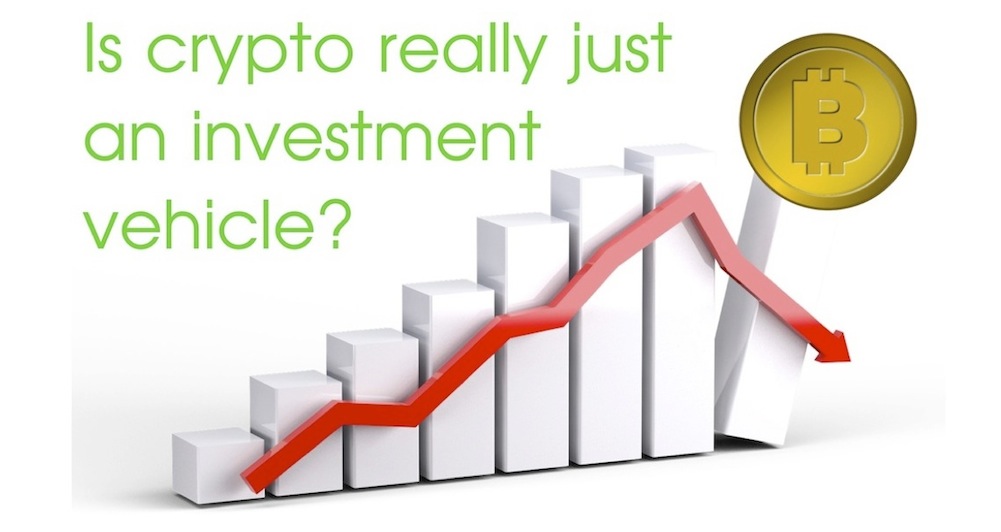 As I write, Bitcoin is tanking, and most other cryptocurrencies are following suit. Many crypto investors are tearing their hair out.

It all makes me think about why I got interested in crypto in the first place. I had been made redundant in December 2009, and had started my own business, a juice and smoothie café. I’d been planning it for over a year, having identified a need for healthy convenience food – but by the time I opened it, using my redundancy pay, the “credit crunch” had hit, and people were really not spending money. Many people had no money to spend, even if they wanted to. The news headlines did not inspire confidence – people were being advised to save what little they had, not spend. And banks were not lending.

It was a dire time to launch a small business. It focused my mind, and made me think about the problems of the “money supply”. I joined groups on LinkedIn, to discuss the economic issues. I followed popular economists on Twitter. I honestly felt that if we all pooled our brainpower, we could come up with a good way to get the economy moving again. 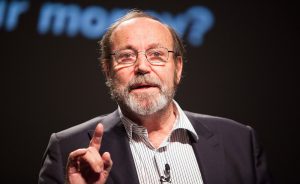 Photo of Bernard Lietaer by Kris Krug for PopTech.

I joined online discussions on these topics, and someone told me about Bitcoin. This was a real game-changer for me – but I didn’t invest in it, as by the time I found out about Bitcoin it was already valued at $20, and I was in the midst of cashflow problems. And I wasn’t sure if it really offered what I was looking for. I wanted an alternative currency that you could actually buy things with, and the only things I could see Bitcoin changing hands for were comics, socks and contraband.

But I did start following the crypto markets with interest, and later on I made some investments.

To spend or speculate?

Crypto excited me because it offered a decentralised alternative to fiat money. Its potential was clear from the moment that a pizza was purchased with Bitcoin. But for me, it hasn’t lived up to those expectations. Most cryptocurrencies cannot easily be exchanged for goods. Instead, they are used for speculation, with crypto holders excitedly watching the markets rather than using them as a means of purchase.

The word “crypto” goes hand-in-hand with “speculation” in most people’s minds. In word association, “Bitcoin” is often linked with “millionaire”. All this masks the real potential of cryptocurrencies to offer alternative, decentralised means of exchanging goods and services.

In my experience, Steem is the currency that comes closest to offering this. Hundreds of people actually exchange Steem and SBD not simply for investment and speculation, but as payment for goods; probably more so than with other cryptos.

However I’m not an expert on cryptocurrencies, so I’d be interested to hear of other cryptos that are regularly being exchanged for goods and services. I know that Bitcoin is to some extent.

I’m also aware of one of the problems of using crypto to buy and sell goods and services: the price fluctuations can mean losses for the vendor. There’s the famous Bitcoin pizza purchase of May 2010, which was a milestone at the time: the first time the new currency had proven its value in buying actual goods. Those two pizzas were probably the most expensive pizzas in history, as they sold for 10,000 BTC – more than $20 million each at today’s exchange price! Which shows that even if you were a very early adopter of Bitcoin, you’d still have needed extra-sensory powers to have known whether it was sensible to spend your tokens or hold onto them.

The Graft Network has been developed to allow cryptocurrency exchanges at their real-time value, though it can’t tell whether the Bitcoin you spend on a pair of socks will be worth the price of a house tomorrow! If you want your cryptocurrency investments to make you an overnight millionaire, you do need to have either incredible luck or extra-sensory perception.

I don’t think we should allow these market fluctuations to completely distract us from the enormous potential benefits that cryptocurrencies can offer. Many people seem to be throwing the baby out with the bathwater, so to speak – in other words, announcing the death of various crypto networks just because the price has plummeted.

People who say that Steemit is dead, simply because cryptocurrencies are in a lengthy bear market, are ignoring the fact that the currency is still being exchanged on a daily basis. How can something that is in constant use by thousands of people be “dead”?

I think we need to focus less on the doom-laden headlines and market moves, and more on building cryptocurrencies like Steem into real engines of alternative exchange; a means to a decentralised marketplace. That, to my mind, is the real value of cryptocurrencies.

This is far from all I have to say on this subject!